For the first few months with Dr. Stanley Nelson at UCLA, they wanted to input my muscle cells and skin cells into a study to determine the exact reason in which my muscles were somewhat functioning well. Since I had no idea what my condition entailed I was open to the procedure, although, when I heard exactly what the process was for this it scared me. Basically a skin biopsy is a procedure where a small piece of skin is removed for testing with skin cells while a muscle biopsy is a procedure in which a small piece of muscle tissue is removed.

I had a skin biopsy when I was in 8th grade and I barely felt a thing. In the UCLA medical facility my doctor numbed my skin for around 20 minutes. After he numbed the skin, he used this needle-like device to take some of the skin out of my left arm. We decided that I would make up an elaborate incident in which I had the scar after the procedure and is still there today. I barely felt a thing, especially with the amount of bandaging he put after it. The procedure gives you some information on muscles, but muscular biopsies definitely give you the most information for this type of disease.

About 6 months later, he wanted to perform a muscular biopsy on me. Since it is technically taking out your muscle my mother was extremely scared for what could happen. I convinced her that the information we could receive would be more beneficial since I could take measures after to prevent any negative side effects. After numbing my leg for a while, my doctor performed the brief procedure, which cramped as he was taking the muscle out, but felt pretty good after the procedure. I had to make sure to not put too much pressure on my leg since it could lead to more bleeding. Aftering the numbing wore off, it was painful for a few days and felt uncomfortable walking, but I felt completely fine after that. Unlike the scar on my forearm, the scar on my right thigh has disappeared.

My massage therapist at the time identified scar tissue in the specific areas so once it has healed, I would recommend seeing someone. Obviously there are natural methods that can be taken to reduce scar tissue, such as applying aloe vera to the area, drinking vitamin C (also abundant in citrus fruits), lavender, and my personal favorite magnesium. There are obviously medicines out there that can help reduce scar tissue, but I would try hard to verge away from it unless it is absolutely necessary.

During my internship at SolidBio BioSciences and when I visited SAREPTA, UCLA had a smaller injection area while Sarepta used a technique involving a larger area. My doctor at UCLA believed that it gives you enough information with a smaller sample size, that can be grown in a petri dish. Sarepta on the other hand, believed that it did not give enough information, which is why they use a larger one. My opinion on the matter is that I trust my doctor and believe that inflicting a larger for people that have muscular dystrophy should not be accepted. Even if it does give more information, is it really worth making scar tissue? While I may not completely understand the scientific reasons for their belief, from personal experiences I understand how uncomfortable the procedure was during and how it impacted my leg for a week in the future. The fact that my massage therapist identified scar tissue shows how impactful the procedure can be. Scar tissue is obviously already occurring as the disease impairs muscle repair and growth. I do not think that creating more scar tissue is the best idea, which is why I personally agree with UCLA.

The photo below is one of my muscle biopsy on my right thigh, which left a small scar that slowly healed over time. 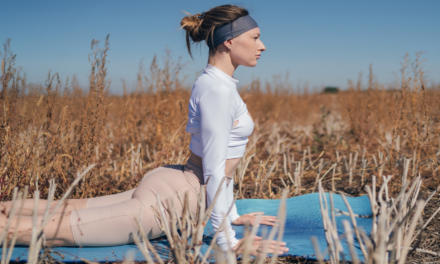