The Guardian is an incredibly popular news network that utilizes constructive journalism to release content to the public. They started a campaign to cover climate change with constructive journalist approaches. Instead of reporting on the negatives, they give another side by providing people with the hope of initiatives worldwide. By facilitating a future-oriented focus in journalism, people will listen to the news and may have inspirations to push towards a great society. Journalism can augment their reporting styles to encourage development that can assist everybody. In my mind, I see no reason why people should be avoiding this journalist format as it tells the complete truth and inspires people to take part in positive change. This blog will demonstrate some of the posts The Guardian makes to display how valuable, constructive journalism turns out to be.

I want to show a video The Guardian created called “Can China Fix the World’s Climate.” As we are all aware, China is the largest CO2 emitter and contributes to the warming of the climate. This video praised China for its new initiatives in an attempt to reduce carbon emissions. Instead of the typical negative response from the Chinese associated as they watched the video, they responded positively and felt happy that they finally gained some excellent feedback. They still state how China is the largest carbon emission producer globally but encourages the Chinese government to continue with their approach as they are making significant progress. By doing this, they encourage other countries throughout the world to introduce policies to combat climate change. They prove that Journalism moves the world with a holistic view of China being far more valuable than the traditional journalist approach.

Subsequently, an article named “Can California’s Top Wine Region Survive the Era Of Fire?” discusses how California’s wine region survives the onslaught of wildfires. The Guardian speaks about the terrible wildfires burning through the extensive landscape, destroying homes and wildlife. They address the recent fires in Northern California and how they destroy 67,500 acres of land and destroyed about 1,555 structures. With the Covid-19 crisis, this issue has grown exponentially, impacting tons of lives throughout California. However, among this crisis, Nicole Bacigalupi runs Bacigalupi Vineyards and is doing some interesting things to combat global warming and fires. The vineyard has animals to restrict the growth of vegetation, has self-made fire trucks meant to fight any approaching fires, and declares that she will stay in her vineyard no matter how terrible the situation becomes. Once again, The Guardian brings national awareness to wildfires’ terrifying situation but emphasizes adaptability, independence, and resilience with her actions. Without hope, how can somebody be aware of the news without falling into a state of helplessness?

The next article I want to examine is called “Big Oil’s Answer to Melting Arctic: Cooling the Ground So It Can Keep Drilling.” The Guardian addresses the issue of climate change and how drilling for oil continues to melt the permafrost. They have new technological advancements that will keep the permafrost frozen by cooling the ground, ensuring that they do not create unstable ground conditions. They speak of how the continued drilling is increasing after the United States left the Paris Accord and loosened Alaskan restrictions, which were there to conserve the environment. One person expressed their disgust as it destroys their reliable food source of whales that has supplied this individual’s ancestors with food for generations. Among this information, The Guardian states that they will continue to pay attention to the climate emergency they believe is the current world crisis. They dedicate themselves to achieving net-zero emissions by 2030, retaining their constructive journalist elements. In this article, they speak of the climate crisis, the growth of the oil industry, the opposition from people living in that area, and their attempts to address climate change. The constructive journalism approach gives a comprehensive view of several issues along with solutions. The awareness of solutions ensures that people understand how much impact their actions can have, which encourages people to stand against climate change.

Constrictive Journalism needs to integrate into every news agency due to the benefits that come from this sampling method. They also achieve the goal of having a holistic approach to issues worldwide instead of negatively biased views on various subjects. While many arguments criticize construction journalism for not giving the full picture, traditional journalism is negatively biased and does not accomplish what they believe so strongly. Remember that you and journalists can change the world around you by the awareness of both the positive and negatives. Concerning life itself, you need both negativity and positivity if you want to have a joyful experience and encourage you to grow as an individual.

You Can Control Your Happiness 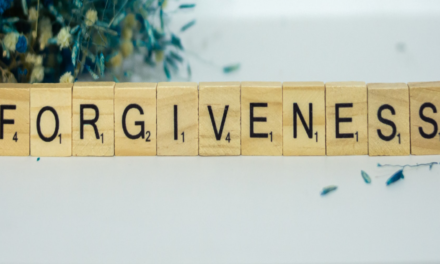